Residents of all ages and artistic abilities are encouraged to submit a new City flag design for the City of Chino Hills Flag Design Contest! Entries are due by Wednesday, November 10, 2021, at 5:00 pm. Late entries will not be accepted.

HOW TO SUBMIT A DESIGN

View a helpful TED Talk outlining the five basic principles of flag design and to view some flag design examples. 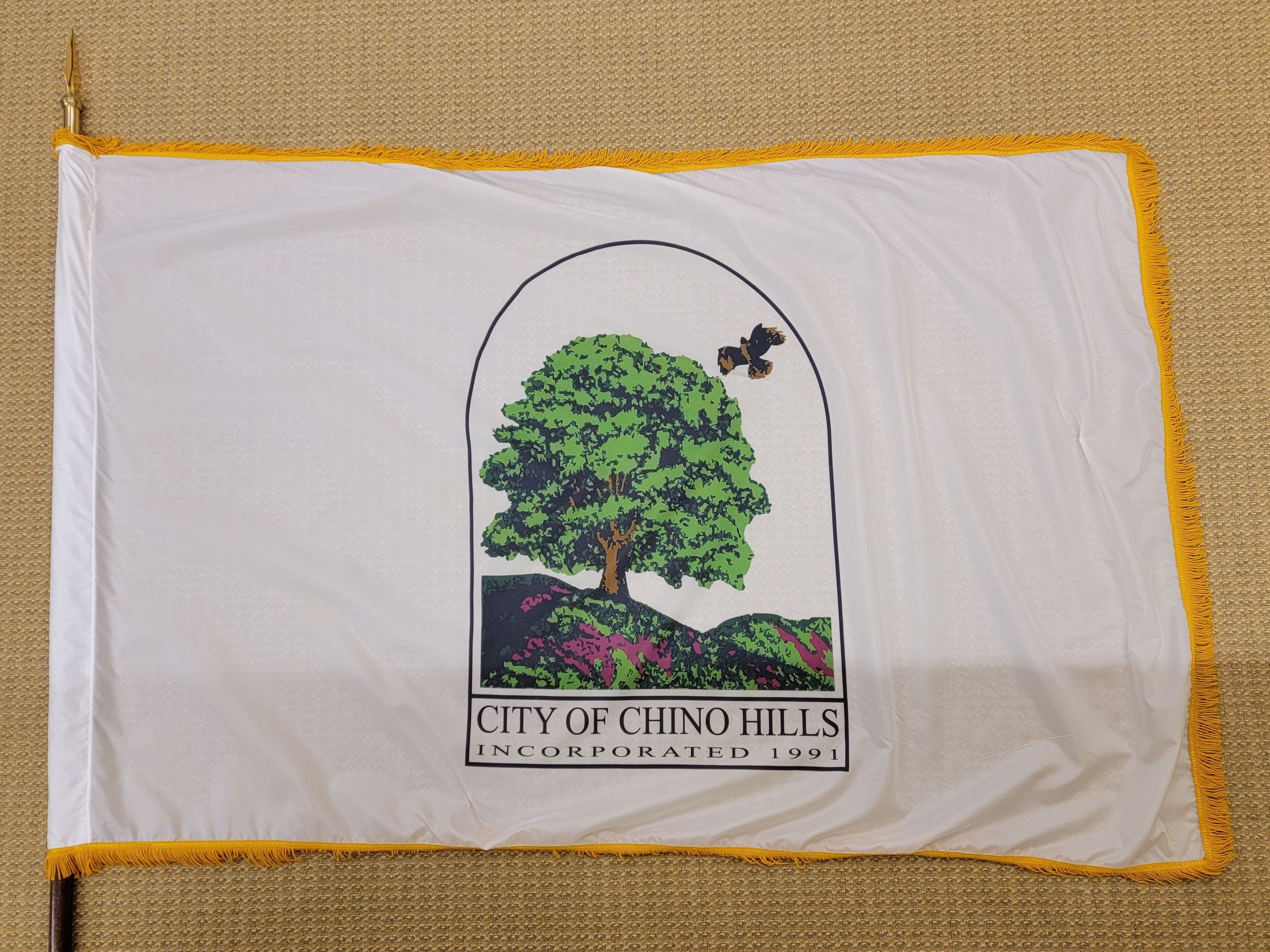 City of Chino Hills flag (left) is a simple white silk flag with the first approved full-color City logo. Indoor ceremonial City flags have the same design but include a gold tassel border along all four edges. The logo depicts key elements that are distinctive to the Chino Hills community including a red-tailed hawk soaring above a signature, native Chino Hills oak tree, and green rolling hills, which Chino Hills is known for.

While a more simplified version of the original City logo was adopted by City Council, modern versions of key elements from the first official logo remained including the tree, the Red-tailed hawk, and the hills. Provided below is the current City of Chino Hills logo to help spark ideas and creativity and show how signature elements can be used effectively without reproducing the entire logo.